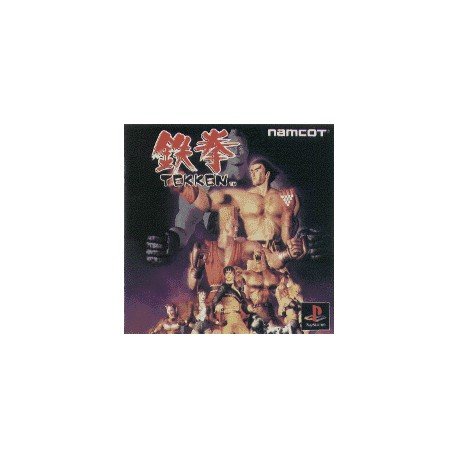 The compilation of the 3 Tekken for Playstation:

Tekken 1 was as Virtua Fighter, the graphic revolution fighting games... 3D polygonal graphics and ability to change camera angles. As argument, is the beginning of this great saga, when Kazuya faces his father Heihachi. The intro and Endings will show us videos of very good quality for the time.

Tekken 2 was a revolution in the arcade games from around the world, with better graphics and more characters and attacks. In this Tekken made their debut Lei, Jun, Bruce, Roger and Alex, Devil ... and so on. And regarding to the line of argument is about the return of Heihachi before his defeat against his son Kazuya in Tekken 1 years ago looking for revenge.

Tekken 3 was the masterpiece of Namco, the look was far above their predecessors, including even more characters that Tekken 2, game play was improved with better game modes as the new Tekken Force, or the hilarious Tekken ball (play the volleyball on the beach with the characters in Tekken). It was the best fighting game for Playstation, and it is a game that frame a turning point in the genre of "fight vs" polygonal. In the debuting Jin, Xiaoyu, Bryan, Eddy, Hwoarang, Ogre, Dr Boskonovitch and as a guest artist Gon.

The Japanese version of the saga Tekken has the advantage of being faster than the version Pal. What significantly improved the playability.

A historical collection in the world of video game.