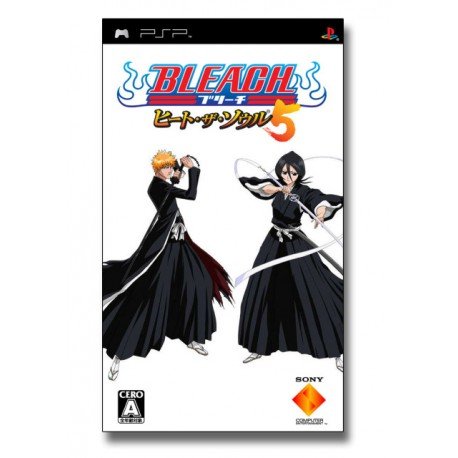 Fifth part of this spectacular saga of Bleach for PSP on sale in Japan since May 15th. Eighting manages to get a sequel with sugestive novelties and more characters.

Similar to its predecessor but with the following developments:

- Tag game mode: You can select two characters and playing in pairs, some couples with unique special attacks.

- Now the characters with bankais are no longer selectable, you have to get the bankai withReiatsu.

A real marvel with many extras that makes it almost the definitive bleach game.