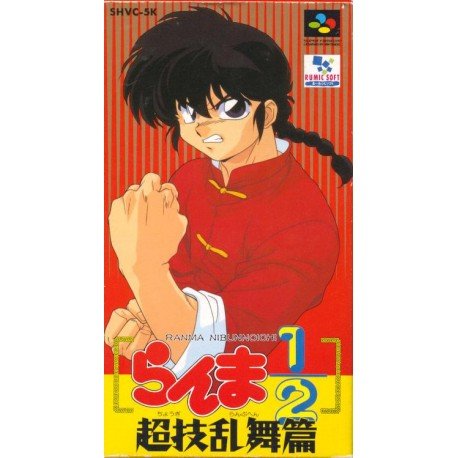 This was the 2nd game for Super Famicom based on the popular manga and anime of Rumiko Takahashi.

Chougi Rambuhen is a game that was never released outside Japan and is nearly impossible to find nowadays. This is a remix of the previous game that had already been a success. New characters appear as Genma Panda (the world was waiting for him) or Tatewaki and Kodachi Kuno plus hidden characters to get as we get "Mugen". This game has much better graphics and environment sound than its predecessor and has a more detailed scenarios. Chougi Rambuhen is dynamic, fun, and you can expect long hours of play before mastering all the techniques of the characters.

Good 2D graphics for the year 1994, many characters and all the techniques that appeared in the anime series are the highlights of this game, if you liked the series and you love the classics, this is your game!